Cleveland, TN–Rev. Kevin Brooks, an ordained bishop in the Church of God, was recently re-elected as mayor of the City of Cleveland, Tennessee.

First elected in 2018, Brooks ran unopposed for a second term this past August and was duly installed for another four years earlier this month. Brooks has served since 2006 as Coordinator of Public Relations/Agent of Record for the International Offices of the Church of God. Mayor of Cleveland is a part-time position, with a seat as chairman of the City Council. 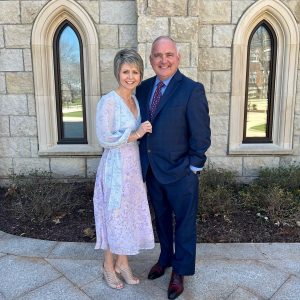 “It is such an honor to be asked by our friends and neighbors to serve as the Mayor and First Lady of Cleveland, Tennessee,” Brooks stated. “Kim and I made the decision decades ago to put down roots here in Cleveland, and to live, work and raise our families here. I am especially grateful for the love and support from the Church of God in the area of my public service. From day one, our church has been fully supportive and encouraging.”

For 12 years, from 2006 until 2018, Brooks served as a State Representative in the Tennessee General Assembly representing the City of Cleveland.

“During service in Nashville, it was thrilling to have pastors and church leaders serve as House Chaplains on multiple occasions,” Brooks stated. “After much prayer and consideration, we believe God opened the door for a new chapter of service here in our hometown.”

Brooks said that since 1904 when A. J. Tomlinson moved his home and family from North Carolina to Tennessee, “Some 114 years later, I am thankful that with the love and support of the Church of God, we were elected with a large majority as the first Church of God mayor for the City of Cleveland, Tennessee. To God be the glory!”