Cleveland, TN: The International Executive Committee announced today that Brian K. Yaun has been elected to serve as the Assistant International Director of Youth and Discipleship. Yaun is currently serving as the Youth Director for the State of Tennessee. 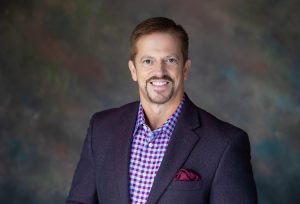 In a “vote by mail” election, Yaun received 1,373 votes. David Jarvis, currently serving as administrative bishop in the Heartland Region (Oklahoma and Kansas), received 1,319 votes. A teller committee, composed of Terry Hart, Mitch Corder, and Don Walker, counted and certified the votes. The unusual process, not used in decades, was necessitated by the untimely death of David Blair, International Director of Youth and Discipleship. At Blair’s death, Assistant Director Rob Bailey moved up to become director, creating the vacancy. Yaun and Jarvis had received the next highest votes for assistant director at the most recent General Assembly.

“We welcome Bro. Yaun to the Youth and Discipleship Department. He has been an outstanding leader for years, and we know that he will bring those leadership qualities to the youth department. The Jeremiah Generation is in great hands with Rob Bailey and Brian Yaun providing leadership,” stated Dr. Timothy M. Hill, General Overseer of the Church of God.

In full-time ministry since 1991, Yaun spent more than twelve years serving in Florida as a youth pastor, music pastor, associate pastor, and as lead pastor. In 2002, he was called into youth ministry on a state level and served as the State Youth and Discipleship director in Arizona and Kentucky, before being appointed to Tennessee in 2016.

Yaun and his wife, Cathy, have two sons, Brad (and his wife, Jenna) and Brandon (and his wife, Maggie), along with three grandchildren. Cathy currently serves at Lee University as the Director of Curriculum Development for their online program, in addition to serving as an academic advisor and English instructor.