In recognition of the 100th birthday of Lee University this year, Faith News is presenting a series of four articles on the history of the Church of God’s premier educational institution. This third in the series recalls the years 1968-1993. The article is a reprint from an appearance in the Lee University Torch, written on the occasion of Lee University’s 75th birthday in 1993. The writer was Dr. Carolyn Dirksen, a Professor of English and former vice president at Lee University, who has been a member of the faculty since 1968. 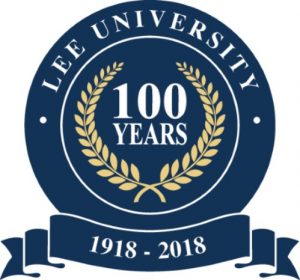 [3]The dream of the Church of God denomination to sponsor a four-year liberal arts college was realized in 1967 when the Bible college and liberal arts junior college were merged, and upper-division programs were added in several disciplines. In 1968, under the direction of President James A. Cross, the four-year program received Southern Association accreditation. Dr. Cross’ responsible leadership carried the college successfully through the time of transition and prepared the way for a new era of development under President Charles W. Conn who came to the office in 1970.

The first decade of Dr. Conn’s presidency was one of comfortable prosperity. A gradual increase in enrollment was accompanied by expanded academic programs and continued upgrading of faculty credentials and development opportunities. Dr. Conn also expanded student services to include offices of academic advising, counseling and testing, and career planning and placement and enhanced the academic and cultural atmosphere of the campus through lecture series, guest artists, and free student admission to the Community Concert Series.

Campus facilities were also improved under Conn’s leadership with the addition of the 1,800-seat Conn Center, Carroll Courts housing complex for married students and the complete renovation of what is now Walker Memorial Building. He also saw the development of Alumni Park.

In the late seventies, however, the college faced the problems of a decreasing pool of eighteen-year-olds, federal funding cutbacks, increased energy costs, a recession/inflation cycle which seriously affected the blue-collar constituency of the sponsoring denomination, and soaring interest rates which cut into the college’s operational budget. As the recession forced enrollment into a slump, costs skyrocketed, and the college was soon operating with a deficit. Despite these formidable odds, President Conn led the college through a time of retrenchment and prevented it from suffering the fate of many Christian colleges during that era.

In 1982, Dr. Ray H. Hughes assumed the presidency for the second time, serving for two years. He continued Dr. Conn’s efforts to solve the school’s financial problems by launching the Partners for Excellence capital funds campaign, refurbishing Medlin (formerly Walker) Hall dorm and expanding the gymnasium into the Paul Dana Walker Arena. Construction of the long-awaited Pentecostal Research Center and library was begun in 1983. In addition to finances and buildings, Dr. Hughes focused on Christian service and expanded outreach opportunities for students.

The enrollment slide which began after a high of 1,342 in 1979, was reversed under the leadership of Dr. Lamar Vest who served as president from 1984-1986. Before the curve began turning upward, enrollment had dipped to under 1,000 in the spring of 1983. Dr. Vest focused his attention on debt reduction, student recruitment, development, and church and community relations with marked success in every area. Under his leadership, programs which had been discontinued during the retrenchment were reinstated, and new emphasis was placed on student life. The new library was completed and occupied during Vest’s administration.

Working closely with Dr. Vest as Vice President for Institutional Advancement was Dr. Paul Conn who became president in August 1986 and ushered in a renaissance. The fourth president in five years, Dr. Conn offered much-needed continuity having served on the faculty for seventeen years prior to moving into administration. Growth in every area of the college can be documented over the first seven years of Conn’s presidency. Under his leadership, enrollment climbed from 1,214 in 1986 to 2,011 in 1993, breaking the old record from the previous six years. An increasing number of the new students coming to Lee were academically talented, attracted by an enhanced scholarship program. As a result, the mean ACT score for the freshman class increased by nearly four points. The larger student body became more heterogeneous in age and geographic and religious background. 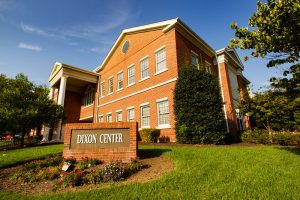 The Dixon Center was one of a dozen buildings erected or renovated during the 1968-1993 period, an era which included portions of the administrations of five presidents of the school (click photo to enlarge)

Dramatic improvements in the physical plant kept pace with the enrollment gains with the renovation of the old library into the Vest academic building, the addition of three new dormitories (Davis, Sharp, and New Nora Chambers), the Dixon Center theater/recital hall and TV studio, the DeVos Recreation Complex, Watkins office building and a new maintenance facility. Significant renovation in almost every area greatly upgraded the working environment of the faculty and staff as well as the living environment of the student body. Campus expansion was financed by two major capital campaigns, “Carry the Torch” and “Higher Ground” which attracted several million dollars to the college and greatly expanded the base of donor support. Similar progress was made in expanding the endowment and in reducing indebtedness.

The face of Lee College changed dramatically under the first seven years of Dr. Conn’s leadership, but its fundamental character and purposes remained unchanged. He sharpened and lengthened the vision and provided unprecedented resources for its accomplishment. But Lee College in its third generation remained committed to its mission—providing education which is, “an integration of faith as revealed in the Holy Scriptures and truth as investigated and discovered in the arts and sciences.”